How to store summer produce: peaches, corn, melons and more 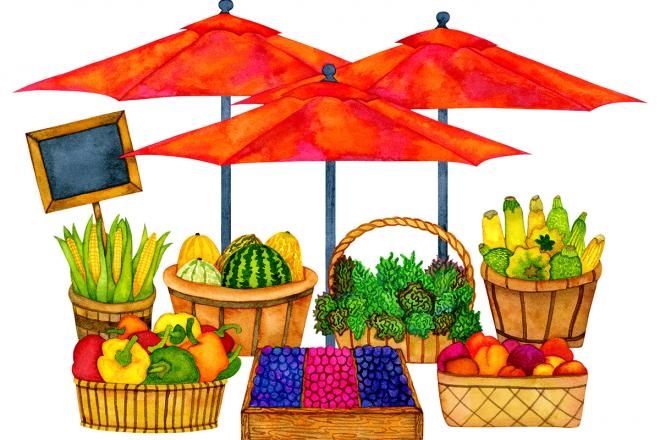 Summer is arguably the best season for produce; it produces some of the most colorful and flavorful fruits and vegetables. Unfortunately, summer is also the worst season for the havoc it can wreak on all that beautiful produce you just brought home from the farmers market or grocery store.

Water loss is problematic for those juicy berries, stone fruit and water-heavy staples such as zucchini and cucumbers, says Jeffrey Brecht, professor of horticultural sciences at the University of Florida’s Institute of Food and Agricultural Sciences. The high concentration of water makes summer produce more perishable, and the problem is exacerbated by the heat this time of year.

In general, you want to keep your produce cool. That means shopping at the farmers market as early in the day as possible; fresh and local is one way to increase the odds that you’ll get a few more days of life out of your purchases. If you can, transport your market and grocery store purchases in a cooler or insulated bag. At the very least, Brecht says, avoid putting your food in the trunk of your car. Do you appreciate the AC? So will your peaches.

As for how to take care of specific produce, here are tips from Brecht. 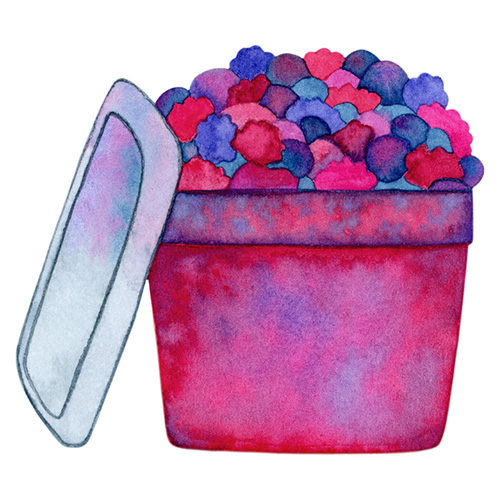 “Berries are inherently very perishable,” Brecht says. They don’t ripen after you bring them home, either. “There’s nothing left for them to do but die.” (He’s great at parties, guys!) To stave off decay, keep your berries in the crisper drawer, where it’s cold and they’re less likely to lose moisture. That being said, wait to wash your berries until just before you want to eat them, because water can cause them to get moldy. Transferring your berries to an airtight container once you get home helps, too. 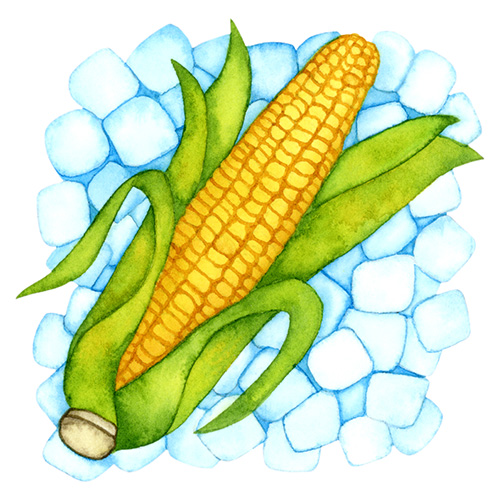 Think you’re protecting your corn by leaving it in the husk, as I did? Wrong! Corn loses water through the husk, which draws moisture from the cob, Brecht says. So when you don’t remove the leaves, the kernels can dry out and get dented. Brecht suggests sprinkling the corn with some ice and storing it in a plastic bag, removing the water from the melted ice and replenishing it every so often.

“Melons are a bit of a problem,” according to Brecht. They taste better the longer they’re left on the vine, and they’re usually not ripe when you buy them. Look for melons that smell good, and let them ripen on the counter, if needed. Then store in the refrigerator, covered, in the fruit drawer if you can. Like apples and bananas, they give off ethylene, which can hasten ripening and spoilage in other produce. Try to keep the melon as intact as possible, cutting only what you need at the time. “The more cutting you do, the faster the deterioration,” Brecht says.

Let your peaches, plums and apricots ripen on the counter. Once they’re ripe, refrigerate them for up to a few days. Keep them in the fruit drawer, as they’re ethylene producers, too. If you have one, a grocery store plastic produce bag is useful here, as it’s designed to let in air but not moisture.

Because they originate in warmer climates, peppers and summer squash are sensitive to the cold. That’s why it’s best to keep them in the main compartment of the refrigerator, which is a bit warmer than the drawers. To prevent water loss and shriveling (refrigerator air is dry, says Brecht), store peppers and squash in a bag or container. Separate them from ethylene producers.

You guessed it: Salad greens are also sensitive to ethylene! Stash them in the crisper drawer. If you’re buying loose, fresh greens from the farmers market, put them in a bag or storage container. Sprinkle them with water or include a wet paper towel. This will keep the greens crisp and prevent them from wilting due to moisture loss. For bagged salads you buy from the store, it’s best to use them all at once or, at the latest, the next day. “They go downhill really fast,” Brecht says, once they lose the sealed atmosphere of the specially formulated packaging. If you do have leftovers, leave them in the bag they came in. Roll it up tightly and close with a clip.

Schmucker's Fresh From the Farm